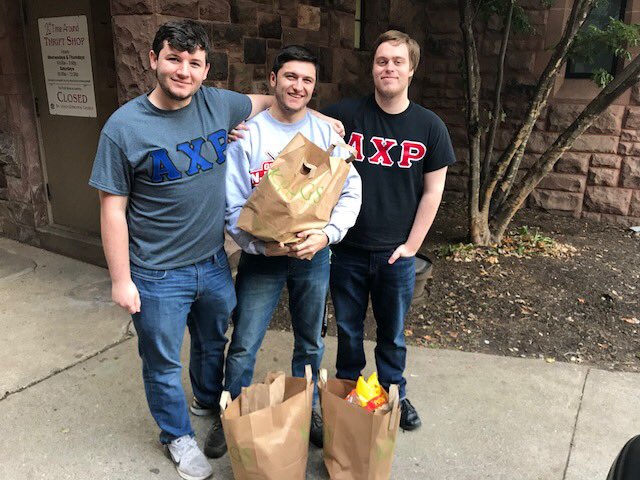 With the holidays upon us, many people turn to their community to help those in need. The week before Thanksgiving, Brothers of Alpha Chi Rho at Montclair State University gathered groceries to help a local food ministry, Toni’s Kitchen, and raised monetary donations for Feed the Children. In total, the Chapter gathered over 15 industrial bags of groceries and just under $500 in cash donations.

Event planner Brother Brian Lanigan said of the event, “We wanted to give back to the town of Montclair in some way but also raise money for Feed the Children. We decided to collect non-perishables as well as monetary donations and it worked out really well. All food donations were taken to Toni’s Kitchen which is an active food pantry and kitchen for the homeless. The money we collected was put towards our Chapter’s philanthropy, Feed the Children. I think it was better to split up the donations. We helped out the community as well as a national charity and we made a dent in our goal of fighting world hunger.”