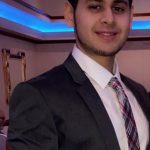 Raiyan is currently a student in the Doctor of Physical Therapy program at the New York Institute of Technology. When he is not in school, he spends his time rehabbing geriatric patients who suffer from neurodegenerative disorders such as Parkinson’s disease. In the future, he plans to conduct research on different treatment techniques to assist their condition. He is a huge basketball fan, and trail bikes during his free time. When he cannot get to a trail, he rides his bike around his hometown of New Hyde Park, NY. The scholarship awarded to him by Alpha Chi Rho helps bring him one step closer to achieving his ultimate goal of promoting positive health and wellbeing to those around him! 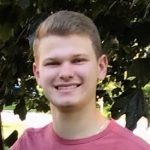 Benjamin is from Bethlehem, NY and just completed his undergraduate studies at SUNY Geneseo with a major in Political Science and a minor in Communication. During college he was a member of the men’s club soccer team, Geneseo Football Club for all four years, and was also President of the Order of Omega, an honor society that recognizes Greek Leadership. In addition to soccer, he enjoys running, reading, and hanging out with his friends. He really enjoys academics, as he likes learning new things and challenging himself to grow as a person. He plans on continuing his academic career by attending George Mason University Antonin Scalia Law School. He is very grateful to AXPEF for his scholarship which will help him to succeed in law school. 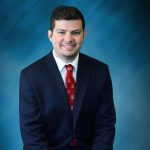 Scott, as an undergraduate, served as the Phi Rho Chi Colony and Chapter president and as recruitment chair for the UMass Order of Omega Chapter. After receiving his degree in Kinesiology from UMass, Scott decided to enroll in the Business & Analytics graduate program at the UMass Isenberg School of Management. Upon completion of the program he plans on working as either a Management Consultant or Data Analyst. In his spare time he enjoys golfing, working out, and reading. When he’s not in Amherst he enjoys spending time in his hometown of Winthrop, Massachusetts. 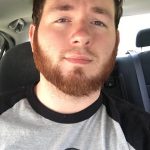 Michael is originally from Edison, NJ. During his undergraduate career at Montclair State University, aside from being a Brother of Alpha Chi Rho and member of Order of Omega, he worked in the Residence Life Department for four years, served as an Assistant Director of the Greek Council, and contributed to student life through Student Government Association as a student Legislator. With this experience in student affairs, he decided to pursue his Master’s Degree in Higher Education and Student Affairs. This fall he will be attending New York University, Steinhardt Graduate School. None of this would be possible without the leadership and lessons he has learned from being a Brother of Alpha Chi Rho. 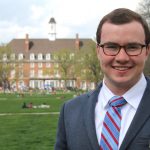 Thomas is currently interning for the Council of State Governments and joined Alpha Chi Rho in 2015. He has previously served as a V&C Young Scholar at the American Enterprise Institute and the Institute of Government and Public Affairs’ Wolffe Intern, where he researched state and local government. He is a Rhodes Scholar, a Truman Scholar, Lincoln Academy Laureate, and a Fulbright participant. Thomas has served as Deputy Chief of Staff to Representative Carol Ammons and has worked for the AFL-CIO, the Sanders 2016 campaign, and the Center for American Progress. Thomas holds a BA in political science and history, summa cum laude, Phi Beta Kappa, from the University of Illinois Urbana-Champaign, and will pursue a MSc in Comparative Social Policy and DPhil in Public Policy at the University of Oxford. He proudly calls Chicago his hometown. 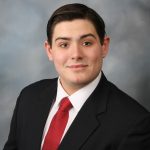 Bryan joined Alpha Chi Rho in fall 2015 and is a senior in the Lindner College of Business and serves as the vice-president of the Alpha Phi Beta Chapter at the University of Cincinnati. He is currently studying Finance with a minor in Insurance and Risk Management and is a member of the University Honors Program, Circle of Excellence, Gamma Iota Sigma Professional Fraternity, and works as an Enterprise Risk Management Intern for the University of Cincinnati. He is passionate about supporting the local Cincinnati community and giving back whenever possible. Alpha Chi Rho has given him the opportunity to get involved and also develop meaningful relationships to last a lifetime through that involvement. He is thankful not only for what the Fraternity has done for him, but also for the opportunities he has had to assist others in their own personal growth. While graduation quickly approaches and his time in the undergraduate Chapter will come to a close, he looks forward to continuing the bonds he has built over the past four years for the rest of his life. 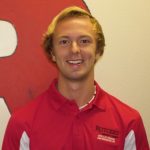 John joined Alpha Chi Rho in 2017 and is studying Biology in the Camden College of Arts and Sciences at Rutgers, The State University of New Jersey in Camden, NJ and is also a member of Omicron Delta Kappa. Academically, James has made the Dean’s List every semester and belongs to the Honors College. On campus, he is a Resident Assistant, facilitating the social, academic and personal adjustment for students living on his floor and president of Campus Activities Board, which develops a variety of programs throughout the year. James also exemplifies excellence in community engagement as a Civic Scholar, where he invests over 300 hours of community service annually in the city of Camden. 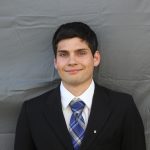 Cody joined Alpha Chi Rho in fall 2016 and is from Pittstown, NJ. He is studying Biology with a concentration in Environmental Science and a minor in Environmental Studies at Lock Haven University. He is actively involved in several clubs and organizations including the LHU Fly Fishing Club, the LHU Climbing and Outing Club, and the Environmental Club. He is also an Eagle Scout with Bronze and Gold Palm Awards and a Brother of the Knights of Columbus. He aspires to work for the Bureau of Land Management in the Southeast or Midwest United States after college. He would like to thank the Educational Foundation for their tremendous help, not only to himself but to all of Lock Haven University. 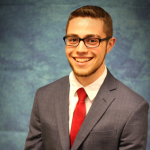 Trevor is from Haverhill, Massachusetts, joined Alpha Chi Rho in spring 2017 and is studying Computer Science and Mathematics at the University of Massachusetts – Amherst. He is still trying to figure this whole college thing out, but the Brothers of Alpha Chi Rho have been wonderful in helping him every step of the way! Outside of Alpha Chi Rho, he spends a majority of his time laser-focused on his studies and working as Team Leader for his campus’ Computer Classrooms department, where he helps make the computer labs of UMass Amherst run as smoothly as possible. During whatever leftover free time he has, he loves finding new music to listen to, seeing movies with friends, and grinding out some video games! He thanks the Educational Foundation for choosing him to be a recipient of this scholarship – words cannot describe how grateful he is! 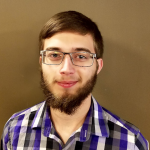 Sean joined Alpha Chi Rho in fall 2017 as a Founding Father of the Alpha Phi Eta Chapter. He is a Biology student in the Camden College of Arts and Sciences at Rutgers, The State University of New Jersey in Camden, NJ . He lives in Berlin, NJ, and hopes to find himself in Veterinary School after graduation. His life outside of college has been centered around this goal, and he has had experiences such as being a wildlife care intern at Cedar Run Wildlife Refuge, a student at Tarleton State University’s REU program in Texas, and creating a Pre-Veterinary/Animal Science Club at Rutgers. He has a deep passion for the outdoors and its creatures, especially snakes and other scaly creatures. 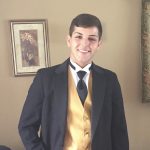 Daniel joined Alpha Chi Rho in spring 2016 and is the president of the Eta Chi Phi Chapter at NYIT. He is studying Mechanical Engineering and is from North Babylon, NY. After graduation he plans on continuing at NYIT to earn his Master’s Degree in Mechanical Engineering. He works with the Black Students Association primarily doing community service. In his spare time he enjoys traveling and relaxing at the beach. 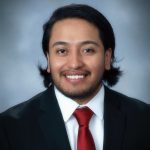 Mario joined Alpha Chi Rho in fall 2017 as a Founding Father of the Alpha Phi Eta Chapter. He graduated with honors from the College of Arts and Sciences of Rutgers, The State University of New Jersey – Camden with a Bachelor of Science in Biology. During his undergraduate career, he served as the vice-president of the Biology Club, vice-president of the Quantitative STEM Talent Expansion Program, the Medical Professionalism Committee Chairperson for RUC’s American Medical Student Association Chapter, an Organic Chemistry tutor, a STEM ambassador for children grades K-12 in the city of Camden (ran programs that were designed to educate and interest students in the STEM fields), and did undergraduate research in an ecology lab and a chemistry lab. He plans to attend medical school in the next year in order to become a pediatrician.