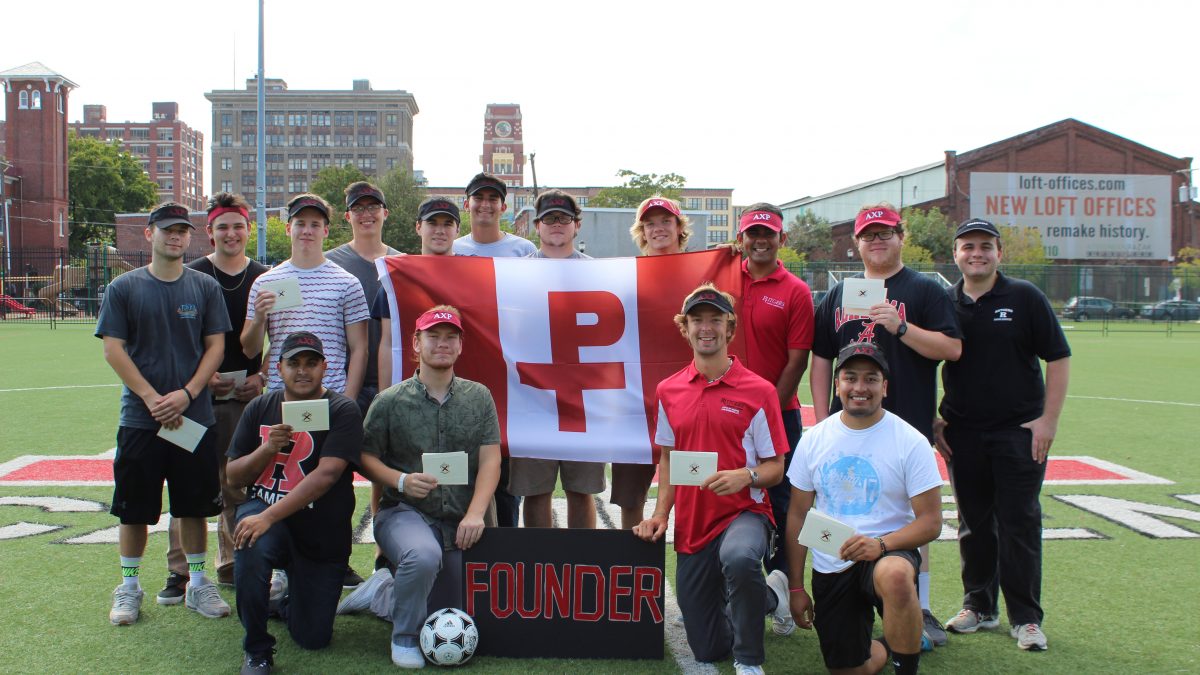 On a bright sunny September day, fifteen men gathered at the Rutgers University – Camden soccer field to accept their bids of membership to become our newest Colony of Alpha Chi Rho. Photos were taken, gifts of custom Alpha Chi Rho visors, stickers, and buttons were given, and smiles were all around. The next day, they would be pinned by our National Vice President Pr. David Jost and become Postulants.

Looking back to April, it is impressive to see the interest group that approached the University and chose Alpha Chi Rho reach this point in five months. After the initial interest sessions in the spring, the National Office knew that the campus was ready for a new group of men that had good Character, a high standard of Honor, and moral Integrity.

Through the recruitment events in late August and early September, we had over 40 interested men in the group. Due to campus policies and our requirements to join, 17 men interviewed with the alumni advisory board and 15 men were extended bids to join. And from those 15, the Colony had its first class of Founding Fathers.

As of the time of this writing, they have finished their Postulant education, passed their Exoteric Exam, and have become Acolytes. Now they will turn their attention to recruiting the next class of Founders and learn the ins-and-outs of Colony operations. From their hard work ethic and continued excitement, we foresee them reaching Institution sooner than later. No matter what, the advisory board and National staff will be here to help them grow and cultivate more Men of Word and Deed. 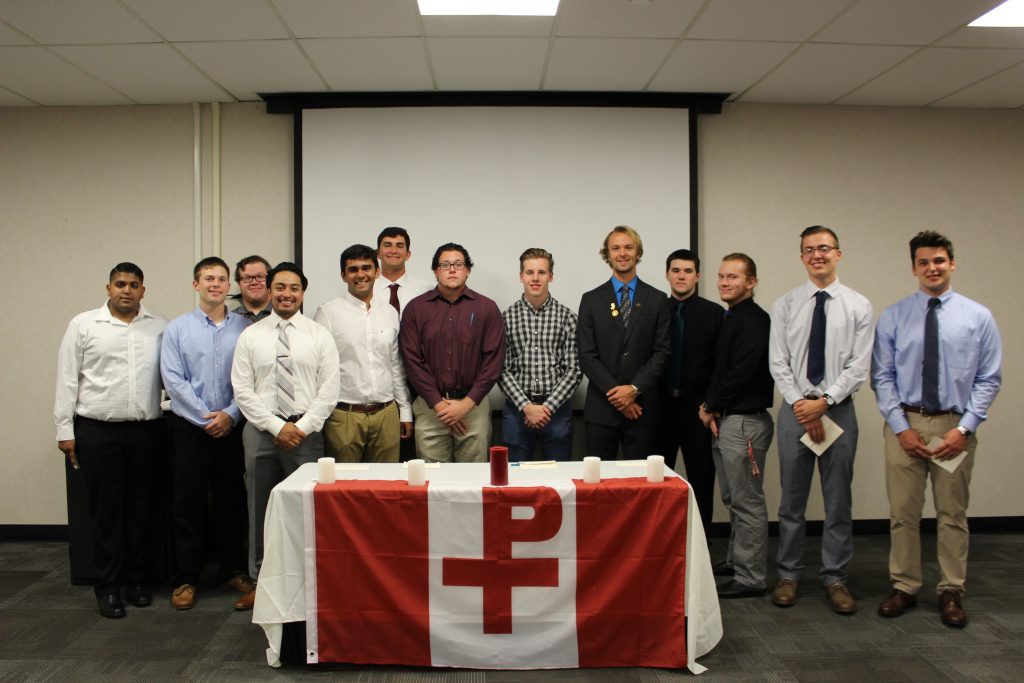 The first class of Founding Fathers of the RUC Colony