Chapter Awards Given at InDeed Institute 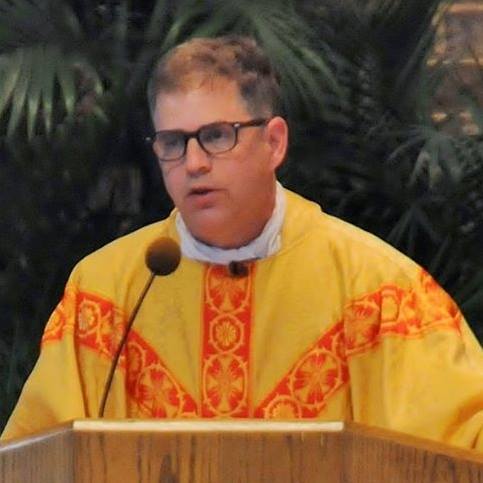 The National Fraternity of Alpha Chi Rho, Inc. announced the appointment of Rev. Matthew Robert Larlick as Chaplain of the national organization.  Father Larlick of Doylestown, Pennsylvania, is a 1987 graduate of Central Bucks High School East, Holicong.  Thereafter, he enrolled at Pennsylvania State University, University Park and was initiated into Alpha Chi Rho, Phi Lambda in the spring of 1988 and graduated in 1991 with a Bachelor of Science degree in Economics.  Furthermore, he enlisted in the US Coast Guard Reserves in 1986 and served without distinction or demerit.  Father Larlick entered Saint Vincent Seminary in 2006, graduating with a Masters of Divinity in 2012.  He was ordained a Deacon in 2012, and ordained a Priest in 2015.  Saint Catherine Laboure, in Harrisburg, Pennsylvania is his first assignment as a Parochial Vicar.  Father Larlick is a Secular Oratorian of the Philadelphia Oratory of St. Philip Neri, a Knight of St. Paul beneficial society, a 2nd Degree Knight of Columbus, and the Pennsylvania Department Chaplain of Catholic War Veterans.  Please join us in welcoming Reverend Matthew Larlick to the National Council of Alpha Chi Rho.

Alpha Chi Rho was founded in Hartford, Connecticut in 1895.  Our Mission: Alpha Chi Rho is a national men’s collegiate fraternity whose purpose is to enhance the lifelong intellectual, moral and social development of our members through the guidance of our Landmarks.  The Landmarks of Alpha Chi Rho – 1) Membership from among those who are prepared to realize in word and deed the Brotherhood of all men.  2) The insistence on a high and clean moral standard.  3) The paramount duty of Brotherly love among members.  4) Judgment not by externals, but by intrinsic worth; no one is denied membership in Alpha Chi Rho because of race, creed or nationality.