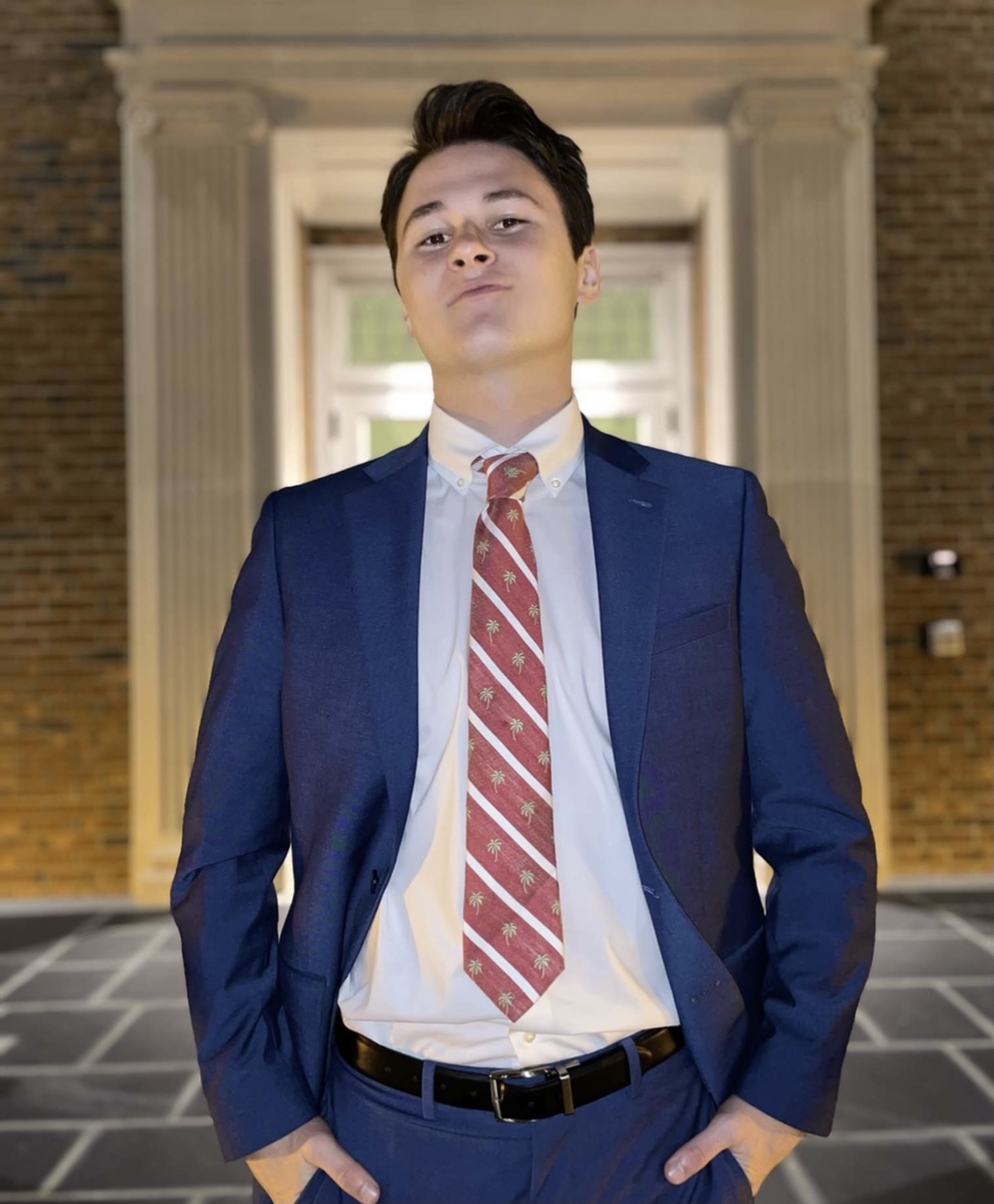 Alpha Chi Rho National Fraternity is happy to announce the hiring of Hunter L. Santiago, (’21) as a Leadership / Expansion Consultant. Hunter will begin this position in late August 2021. The Leadership / Expansion Consultant supports Fraternity operations by functioning as the initial and primary contact for Chapters, Colonies, alumni associations, and campus officials through travel and routine methods of communication. Hunter will focus on Alpha Chi Rho’s expansion at the University of Illinois Champaign – Urbana and the communication and support for the resident Chapters.

Hunter was born in Maryland and has lived in South Carolina for the last eight years. He graduated from Coastal Carolina University in Myrtle Beach, SC with a Bachelors of Science in Recreation and Sport Management.

Hunter is super excited to be a part of the Headquarters staff. He joined the Coastal Carolina Colony in spring 2020. Since joining, he has worked to Institute the Chapter at Coastal. He hopes to build successful Colonies that leave a long lasting legacy for Alpha Chi Rho. He also hopes to help in any way he can with identifying new expansion sites in the southern states.

Hunter hopes to achieve much by working on staff.  He attributes his decision to join the National staff to his experience starting the Coastal Carolina Colony and observing former Leadership Consultant Anthony Mussari’s drive and work ethic. He hopes to build a strong Colony at the University of Illinois.

Outside of the Fraternity, Hunter has a strong passion for sports. Growing up he played lacrosse and was on several swim teams. He enjoys watching NFL football games and became a fan of college football when he attended Coastal Carolina.

The National Council and Staff are very excited to have Hunter join the team. To contact Hunter, please email him at hsantiago@alphachirho.org.

Founded in 1895 at Trinity College in Hartford, Connecticut, Alpha Chi Rho has established Chapters all across the United States. Alpha Chi Rho is a charter member of the North-American Interfraternity Conference. Alpha Chi Rho cultivates a lifelong brotherhood where men challenge and inspire each other, through Character, Honor, and Integrity to improve themselves, their Fraternity, and society.