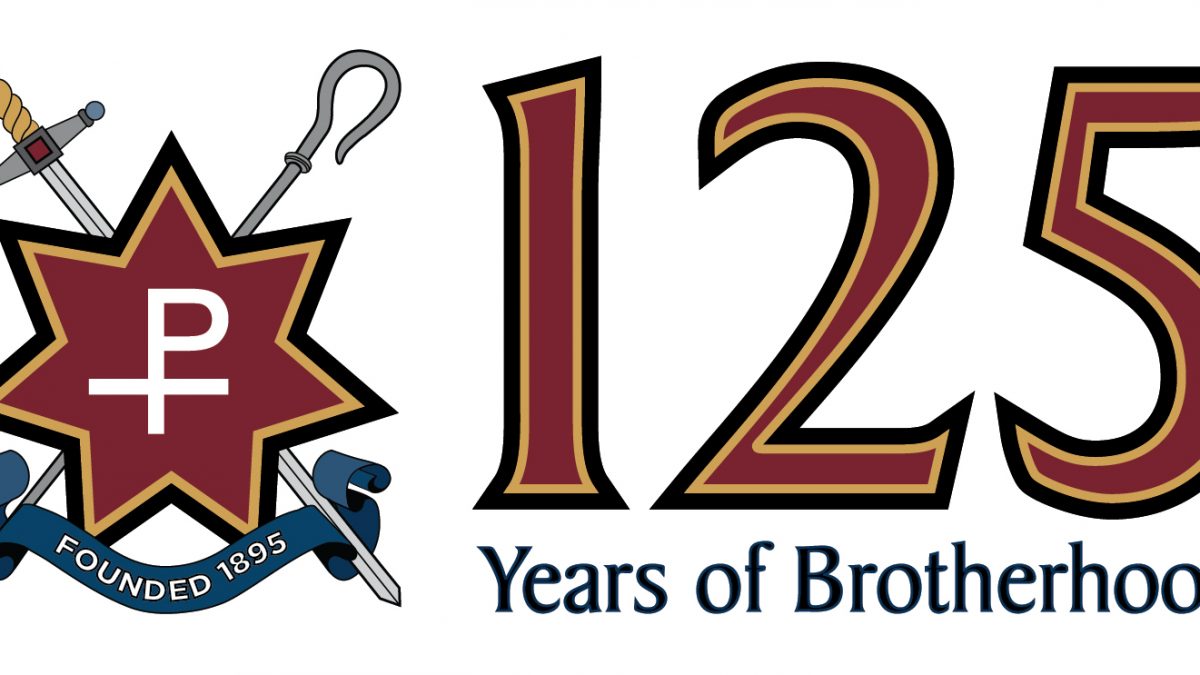 In the first week of June, the National Fraternity held multiple virtual events to celebrate and recognize the 125th anniversary of its Founding. Although the hope is still to have a physical event in 2020 to celebrate the Fraternity’s founding, these virtual events provided Brothers the opportunity to join from their homes and reconnect or meet with Brothers across the country. 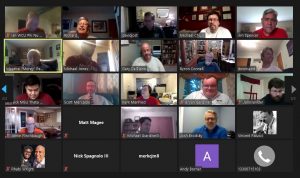 Brothers at the Founders’ Day Celebration

Beginning on Tuesday June 2nd, Brothers gathered to have an informal happy hour at which they discussed their reasons for joining Alpha Chi Rho and shared some stories from their resident and graduate days. On Wednesday June 3rd, National Ritual Officer F. Scott Mercaldo (Lambda Chi Phi, 1997) led a conversation on how our Ritual affects our daily lives, especially in today’s current events. Brother Mercaldo stressed that the Ritual charges us as members to go out and do good in our communities, for our Brothers, and our fellow man. On Founders’ Day, members gathered to hear a State of the Fraternity address from National President David Jost (Eta Phi, 1975), National Secretary Scott Carlson (Pi Phi, 1982), and Director of Communication and Development Nicolas Hewgley (Delta Sigma Phi, 2015). A recap of what was discussed in the address will be in the 125th Special Edition of the Garnet and White. Finally, on Friday June 5th, the Fraternity hosted a special happy hour to recognize the Brothers who have given of their time, talent, and treasury to the Fraternity and Foundation over the past sixty years.

In total, there were sixty-three Brothers who attended the events throughout the week. Many Brothers were thankful for the opportunity to gather and asked that the Fraternity continue to do these kinds of events in the future while Brothers are socially distant. The Fraternity is happy to announce that it will be launching a monthly “Brotherhood Gathering” in July. An invitation to RSVP will be coming by the end of June. We hope you will join us.

Additionally, during the State of the Fraternity address on Founders’ Day, National President Jost announced the commission of the COVID-19 Coalition which will answer the following question for our resident and graduate members: How does Alpha Chi Rho stay relevant and impactful for our members during this pandemic and beyond? The Coalition, consisting of thirty-six Brothers from sixteen Chapters, had their first meeting in May and will meet four more times before the end of July. The final report and recommendations from the Coalition will be the framework for the Fraternity’s strategic plan for the next eighteen months. If you are interested in joining the Coalition by providing feedback to the current discussions, please contact Nicolas Hewgley at nrhewgley@alphachirho.org.