Alpha Chi Rho is proud to announce the promotion of Brother Brian Schmidt (Phi Kappa, ‘10) and Brother Shane McGoey (Phi Pi Chi, ‘88) to serve as the Executive Chairs of the Crow Coach Program.

Brian and Shane served the Fraternity as Crow Coaches in the last year and coached the Purdue and Robert Morris University Chapters respectively. Both Coaches excelled with their Chapters and were integral in updating the training session of the Coaches for the 2018-2019 academic year.

Brian and Shane will both oversee the Crow Coaches under the supervision of Melissa Lewis, the Director of Education and Programs. In relation to working with Brian and Shane, Melissa says, “these two men have exemplified what it truly means to be a Brother of Alpha Chi Rho. From our conversations so far, it is evident that their passion and dedication will serve the organization well. We have already started our efforts to make this amazing program transition and expand so that all Chapters may experience this unique support to their retention in recruitment and fiscal responsibilities/management.” 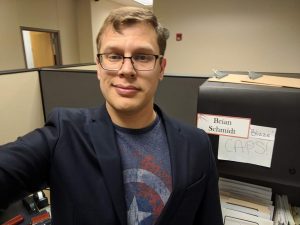 As an undergraduate, Brian served the Phi Kappa Chapter as the Steward (kitchen/meals), House Manager, and a two-term President. He served on the National Council as an undergraduate board member. After graduation, Brian became the Vice President of Phi Kappa’s Building Association and was a delegate to the University of Illinois’ coalition of fraternity alumni boards for several years. 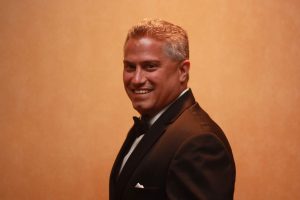 Shane’s career spans 30 years and includes serving as an administrator at various colleges and universities. In addition, he has served as the Executive Director of Theta Phi Alpha, a member of the National Panhellenic Conference, and has served on various national committees and trade associations pertaining to Greek Life.

Shane holds a Doctor of Philosophy in Higher Education Administration degree from Kent State University and has several published papers.

Alpha Chi Rho is a national men’s collegiate fraternity whose purpose is to cultivate a lifelong Brotherhood where men challenge and inspire each other, through Character, Honor, and Integrity, to improve themselves, their Fraternity, and society.