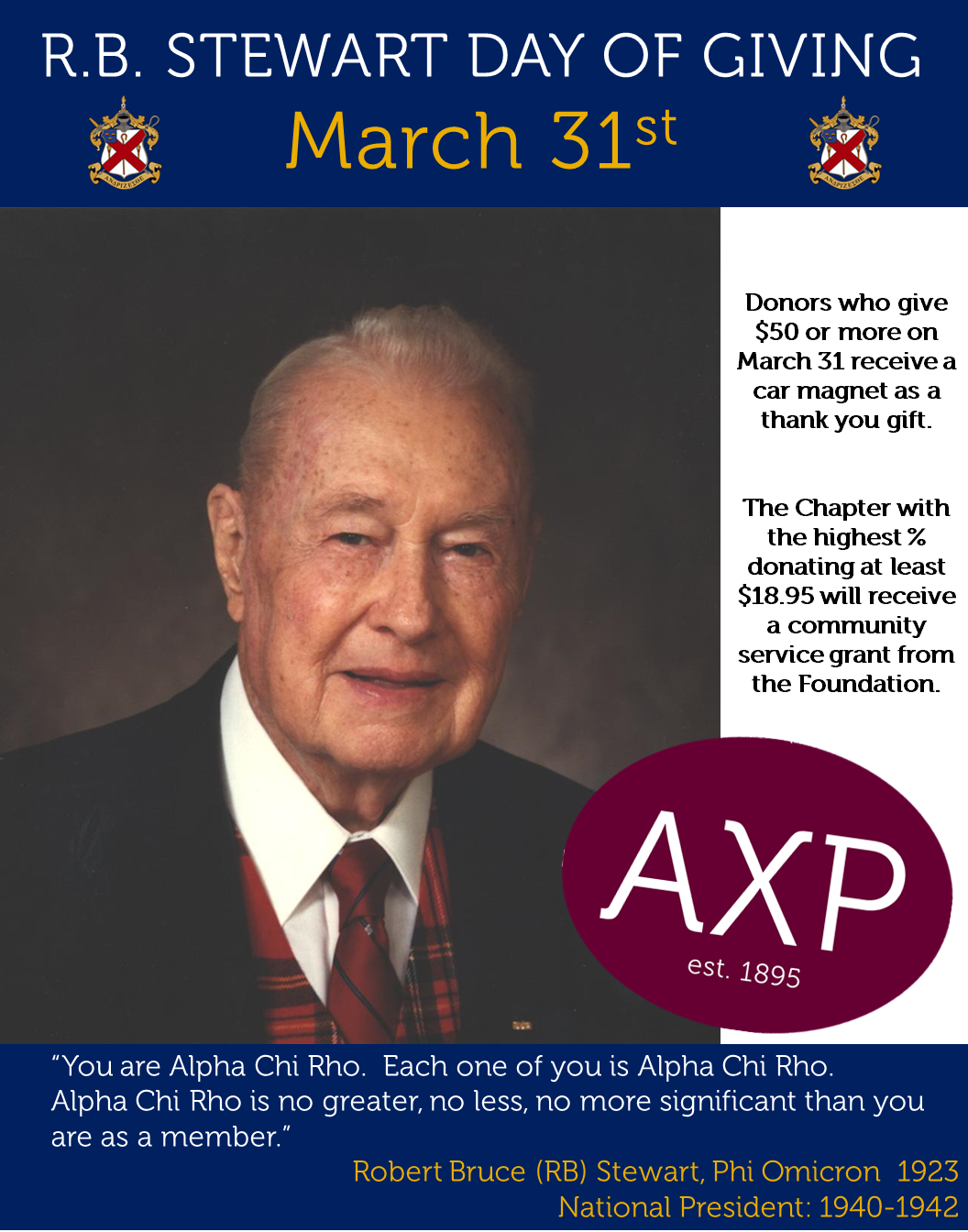 R.B. Stewart, Phi Omicron (Wisconsin 1923), was best known to the outside world as a “Father of the G.I. Bill”, by establishing post-World War II training programs that brought thousands of returning veterans to campuses across the country and fueled national growth and prosperity.  He was also responsible for a nearly 40-year career at Purdue, where his pioneering ways of financing expansion of the endowment and physical plant and thus increasing enrollment seven-fold.

Brother Stewart served as the National President from 1940 to 1942 and, later in 1983, made a generous donation allowing Alpha Chi Rho to purchase the first official free-standing Fraternity Headquarters in Neptune, New Jersey.  He used his gift as a challenge to every active Chapter to match his gift.  100% of the Chapters gave back.

March 31st (RB’s birthday) is the AXPEF Annual Day of Giving, where all Brothers are encouraged to give in the spirit of R.B.   Since 2017, we have raised over $32,000 in just three 24-hour campaigns, with most of the donors are undergraduate men. All graduate Brothers are encouraged to give as much as they can.  As a thank you, Brothers who donate at least $75 will receive an exclusive garnet and white AXP car magnet.