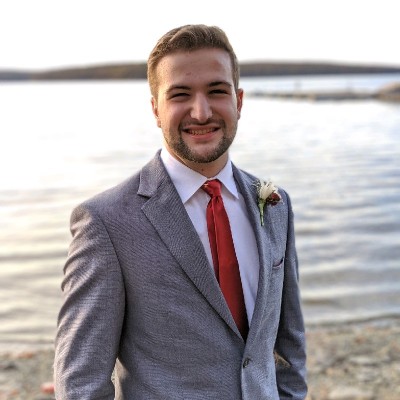 Alpha Chi Rho National Fraternity is happy to announce the hiring of Brother Noah McGovern, (ΦΜΧ, ’20) as a Leadership / Expansion Consultant. Noah will begin this position in February 2021. The Leadership / Expansion Consultant supports Fraternity operations by functioning as the initial and primary contact for Chapters, Colonies, alumni associations, and campus officials through travel and routine methods of communication. Noah’s focuses will be on Alpha Chi Rho’s expansion at Penn. State University and the communication and support for the resident Chapters.

Noah was born in Abilene, Texas but he has moved around all of his life. He currently resides in Shickshinny, PA. He graduated from Lock Haven University in Lock Haven, Pennsylvania with a Bachelors of Arts in Political Science. He is also currently studying at National American University to acquire a Master’s of Science degree in Terrorism and Counterterrorism Studies.

Noah is super excited to be a part of the Headquarters staff. He joined the Phi Mu Chi Chapter in spring 2018, his second semester at Lock Haven. Since joining, he has tried to create a lasting impact at his Chapter. He wants to take his passion for the Fraternity and use it to help better every Chapter. Service to others has been an important part of his life, and he hopes to serve the Chapters of Alpha Chi Rho as best he can.

Noah hopes to achieve much by working on staff. He hopes to continue the growth and expansion of the Fraternity while also helping the Chapters combat the effects of the COVID-19 pandemic. Additionally, he hopes to grow professionally and meet many new faces along the way.

Outside of the Fraternity, Noah spends much of his time doing graduate school work, going skiing in the winter, hiking during the summer, and producing music. As always, he enjoys hanging out with friends, family, and Brothers whenever it is safe.

The National Council and Staff are very excited to have Noah join the team. To contact Noah, please email him at nmcgovern@alphachirho.org.

Founded in 1895 at Trinity College in Hartford, Connecticut, Alpha Chi Rho has established Chapters all across the United States. Alpha Chi Rho is a charter member of the North-American Interfraternity Conference. Alpha Chi Rho cultivates a lifelong brotherhood where men challenge and inspire each other, through Character, Honor, and Integrity to improve themselves, their Fraternity, and society.