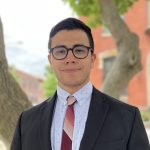 Marcelo is currently studying at the University of Oklahoma to receive a Master’s of Science in Hydrology and Water Security. He also works for the state of New Jersey at the Department of Environmental Protection (NJDEP), where he is taking full advantage of his Bachelor’s in Earth Science degree he received at University of Pennsylvania. At the NJDEP he is in charge of writing permits by carefully calculating concentration and loading limits for various parameters that include toxins, Ammonia, E. Coli, Phosphorus, and many others, in surface water discharge from various facilities. He is also helping with data review and interpretation from various wastewater facilities for PCB and PFAS pollutants, which will eventually lead to new regulations and standards for those parameters. This scholarship will be instrumental in obtaining a Master’s in Hydrology and Water Security which will help further Marcelo’s skills and knowledge to better protect our fresh water sources. 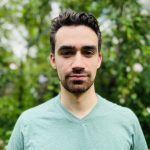 As a PhD candidate at the University of Pennsylvania and now at Columbia University, Justin seeks to uncover how our brains create the sensation of pain and regulate our behavior. Outside of the lab he explores the city of New York with his dog Loki and partner Abby. This scholarship will assist with the challenges presented by his lab’s recent move and allow him to better focus on his research. 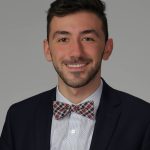 Sam is currently going into his second year in the Doctor of Dental Surgery (D.D.S.) program at the New York University College of Dentistry, pursuing his lifelong dream of dentistry. One of his future career goals is to provide oral healthcare for underserved communities, on a national and international level, who may not have had the proper access otherwise. This summer he will be traveling to NYU’s global academic center in Washington, DC to engage with governmental, professional, and industry leaders to explore complex issues involved with health policy and advocacy. In his free time, he enjoys exploring New York City and going on road trips to the mountains. This scholarship awarded to him by the Alpha Chi Rho Educational Foundation will assist him on his road to achieving his goals of advocating for a world with more equitable healthcare by lightening the financial burden of dental school. 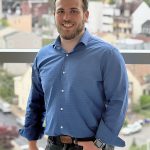 Patrick is a Chemical Engineer working for W. L. Gore developing high performance aerospace wires, such as some of the wires found in the James Webb telescope. After business hours, he diligently works to pursue a Master’s of Science in Business Analytics at Carnegie Mellon University. When he isn’t fixing a difficulty on the manufacturing floor or studying data science, he likes to get outside while the weather is good for a solid session of snowboarding, surfing, or sky diving. He is regularly lifting or swimming at the local gym while trying to solve the next big problem. His friends and family are most important to him as they have always been there. Patrick is incredibly thankful to be shaped by such great role models and looks for opportunities to pay it forward. The F. Prescott Hammond Scholarship inspires him to keep up his pursuits and to lead by example. 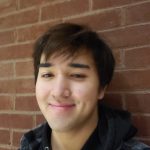 Oscar is pursuing an Environmental Studies degree at Gettysburg College. He wants to look specifically at sustainability issues. He is also interested in film and photography, and would like to one day create a documentary focusing on lesser known area of nature. Oscar would like to thank the Alpha Chi Rho Educational Foundation for this scholarship as it will help him accomplish his goals. 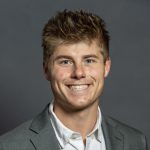 Austin is currently a student enrolled in the Bachelors of Science of nursing at West Chester University. When not in school, Austin enjoys serving his community as an EMT, as well as going out to the lake. Austin is a co-founder and currently serves as vice president of the West Chester University club paintball team. After college, Austin plans to work as a nurse in the emergency department. This scholarship, awarded by the Alpha Chi Rho Educational Foundation, is going to help him achieve his goal of being a flight nurse. 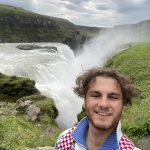 Richard is currently a rising senior at UMass Amherst and is majoring in Biochemistry and Molecular Biology on a Pre-Med track. When he is not in school, he spends a lot of time volunteering at a physical therapy facility and a dental office in order to gain one-on-one experience with patients. In the future, he plans on attending medical school in order to fulfill his dream of becoming a reconstructive surgeon. He is a huge soccer and MMA fan, and he loves fishing during his free time. The scholarship awarded to him by the Alpha Chi Rho Educational Foundation will help bring him one step closer to achieving his life goal of becoming a surgeon and doing what he loves for the rest of his life. 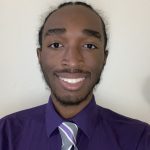 Criston is currently a student in the College of Arts and Science at the University of Pennsylvania, studying general biology in hopes of pursuing a degree in medicine. When he’s not studying for classes, he spends his time dedicated to the Fraternity or hammering it away in the drumline section of the Penn. Marching Band. Criston’s deep passion for music shows through the dedicated years he spent self-learning several different instruments. He is also a published author on two academic research papers conducted in the Pohlschroder Microbiology Lab, exploring the life and underlying mechanisms behind archaeal organisms. He enjoys watching and playing basketball, and cooking after building a hefty appetite. The scholarship awarded to him by the Alpha Chi Rho Educational Foundation encourages him to strive for excellence in and outside the classroom. 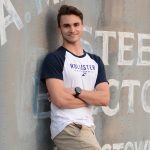 Logan is currently a student in the Chemical Engineering program at Pennsylvania State University minoring in Energy Engineering. In his free time, he enjoys catching up on the latest TV shows, listening to podcasts, and playing video games. When he’s not in school, you can catch him conducting research on nuclear fusion and its application to clean and renewable energy. The Richard V. Olson Scholarship, awarded to him by the Alpha Chi Rho Educational Foundation, will assist him in his ultimate goal of pursuing a doctoral degree specializing in nuclear fusion to then establish scholarships to assist students in desolate conditions outside of their control. 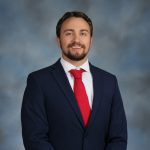 Steve Tarzian is a former Chapter president of the Alpha Phi Theta Chapter and a former Resident Councillor on the National Council. He will graduate next year from Miami University in Ohio with two Bachelor’s degrees, one in Political Science and the other in History. He is originally from Lakewood, Illinois, but plans to move south for law school after graduation. It has been the greatest experience of his life to help advance the Brotherhood through the duties of his positions, and through building his Chapter towards the ideal Alpha Chi Rho Chapter. 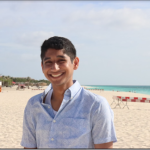 Ramanpreet is currently a Bachelor of Science in Mechanical Engineering – Aerospace student at the New York Institute of Technology. When he is not in class, he volunteers at the aerospace lab. In the future, he plans to work in the aerospace defense industry. He is a huge soccer fan and in his free time spends time with his Brothers and plays video games. 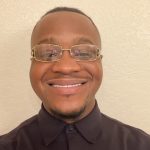 David is sincerely honored to have been selected as the recipient of the Charles W. Coughlan scholarship. The scholarship will allow him to purchase course and study material necessary for the upcoming semester. Scholarships like these do more than pay the bills because they motivate students to overcome all financial shortcomings. He thanks the Alpha Chi Rho Educational Foundation for this motivation and recognizition of his efforts.

ROBERT B. STEWART UNDERGRADUATE MAN OF THE YEAR

The Fraternity would like to recognize all of the finalists who were nominated by their peers for this award:

All of the nominated men have made an impact in their Chapters, schools, and communities. They have made Alpha Chi Rho stronger. We are truly proud to call them Brothers. The winner of this award joins a humble but elite group of Brothers who went above and beyond what it means to be a Brother of this Fraternity.

He helps his community by volunteering with a local mental health awareness organization and with the local branch of Habitat for Humanity.

In the Chapter he has held multiple positions including recruitment chair, member-at-large, treasurer, and vice president. He is currently the Chapter president. He has helped continue to grow the Chapter and push the limits on what they can accomplish, most notably this year with the Chapter hosting a philanthropy week for the first time.

One of his fellow Brothers says, “[this Brother] has always gone above and beyond what was expected of him. He, almost singlehandedly, made sure that our Chapter remained alive during COVID and because of his leadership we emerged from the pandemic stronger than before. He is a role model for all of us, and I am very proud to call him my Brother.” 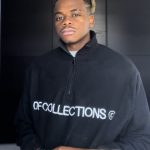 Marx is an international student from Haiti, currently studying Mechanical Engineering with a minor in Mathematics. He is a Manufacturing Engineering Intern for Cummins Inc. He takes pride in his involvement on campus through the many clubs that he is involved in. He is currently the vice president of Administration of the Inter-Fraternity and Sorority Council (IFSC) and a member of the National Society of Black Engineers, the American Society of Mechanical Engineers, Phi Eta Sigma Honor Society and Order of Omega Honor Society. In his free time he tutors his peers in mathematics and mechanical engineering courses and participates in undergraduate research for the NYIT physics department. Outside of school he regularly plays soccer, runs, and cooks. The scholarship that he has been awarded will help with tuition and will allow him to further consider pursuing the BS/MS program where he can get his Master’s degree one year after graduation.