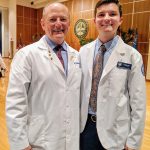 Landon Allen currently attends the Doctor of Dental Medicine program at Midwestern University – Arizona. He is a Brother of the Phi Mu Chi Chapter of Lock Haven University. While an undergraduate he was Chapter President. After graduating, he worked for the National Fraternity as a Leadership Consultant. Landon’s true passions in life are helping others through dentistry and educating men of word and deed. This scholarship will help with his tuition. Landon volunteered on the Fraternity’s COVID-19 Coalition to improve the Fraternity’s response to COVID in resident Chapters and members. In addition, Landon worked to establish a scholarship on behalf of his Postulant Brother, Alexander Bartlett, who passed away in 2020. Landon plans to run his own dental practice and treat patients in under-served areas when he graduates school. 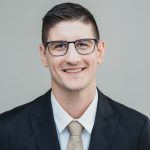 Christopher was born and raised in northern New Jersey and attended Ramapo College in Mahwah, NJ. He is currently a 4th year medical student at Rutgers-New Jersey Medical school. Upon graduation, he will be completing his residency in urologic surgery at the Mayo Clinic in Scottsdale, Arizona. He is currently involved in research related to medical education and hopes to optimize the medical school to residency transition for students. At the Mayo Clinic he plans to conduct research in urologic oncology and reconstructive urology. In his free time he enjoys Brazillian-jiu jitsu, mountain biking, and walking his dog with his wife, Colleen. The scholarship awarded to him by the Alpha Chi Rho Educational Foundation will help to lighten the financial burden of medical school and allow him to focus on learning to become the best surgeon he can be. 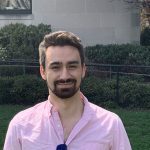 Justin is currently a 2nd year graduate student in the University of Pennsylvania Biology Department. His research focuses on questions related to pain, using a combination of techniques from the fields of genetics and neuroscience to investigate how our bodies process pain and how we can create new therapies with which to treat it. As part of this research, he plays an active role in mentoring the next generation of researchers through his department and the MindCore STAMP program. Outside of his work, he enjoys exploring the Philadelphia culinary scene and does his best to take advantage of any opportunity he gets to travel and explore new places. The scholarship awarded by the Alpha Chi Rho Educational Foundation will help him to continue pursuing his PhD, helping him weather his lab’s move from Penn to Columbia, and allowing him to focus on his research into pain and its alleviation. 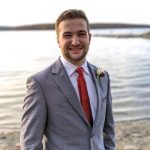 Noah McGovern is currently studying for his Master of Science Degree in Terrorism and Counterterrorism Studies at National American University. In his free time, he spends time outside, hanging out with his friends, working for the Fraternity, as well as creating his own music. One day he hopes to work with a counterterrorism unit within the Federal Bureau of Intelligence and combat domestic terrorism to keep the country safe. He is grateful for the opportunity provided from the Alpha Chi Rho Educational Foundation to help him pay for his graduate degree, books, and other expenses to ensure he completes his studies. 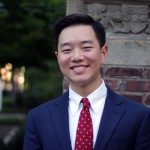 Andrew is an incoming senior at the University of Pennsylvania studying Philosophy, Politics and Economics with minors in Classics and Legal Studies. Andrew is also part of 50 global students who were selected to study at Pembroke College of the University of Cambridge this fall. At Penn, Andrew serves as the Editor-in-Chief of the Penn Journal of Philosophy, Politics and Economics, has published papers in multiple peer-reviewed journals and has completed his Senior Honors Thesis a year early. He is also a recipient of the Intel International Science and Engineering Fair Grand Award. Andrew has been heavily involved in Alpha Chi Rho, serving as House Manager, Academic Chair, and Risk Manager, including overseeing top-to-bottom renovations of the Phi Phi Chapter house this summer. The scholarship awarded to him by the Alpha Chi Rho Educational Foundation will help him achieve his goal of attending law school, where he plans on studying constitutional law and jurisprudence, with the dream of pursing a clerkship on the U.S. Supreme Court. 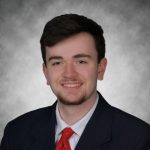 Dunavan is currently a Geoscience student at West Chester University. He was part of the founding father class of the Phi Nu Chi Chapter, and after school his dream is to work for NASA in research. The scholarship given to him by the Alpha Chi Rho Educational Foundation helps him get one step closer to reaching his goal. 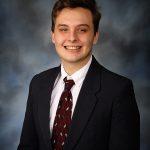 Colton is entering his senior year at Miami University (OH). He will be starting his work towards a Master of Accountancy degree through the Farmer School of Business’ combined degree program allowing him to obtain his Bachelors and Masters with no additional time as an undergraduate. In addition to his accounting studies, Colton is a Sports Management minor. He hopes to obtain his CPA after graduating and enter the audit field for a public accounting firm. In the future, he hopes to obtain a second post grad degree in Sports Administration to hopefully transition into a front office role with a professional sports team. Colton currently serves as his Chapter Ritual Officer and a Resident Councillor for the National Council. He has also served as Chapter President in the past. He has loved the experience and connections Alpha Chi Rho has afforded him and is truly thankful to the Alpha Chi Rho Educational Foundation for the financial support of his academic pursuits. 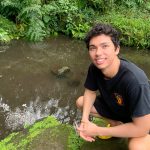 Kaleb is a rising fourth-year nursing student at the University of Pennsylvania and is planning to pursue his Master’s with the end career goal of becoming a family care nurse practitioner. One of his guiding principles is the idea that everyone should be cared for and this is something that he attempts to embody everyday through small actions such as actively listening during conversations to big actions such as volunteering with the Red Cross. In his free time, he plays games on his PC – lately Civilization 6 and Stardew Valley – and sits around with his friends. He is thankful for this award as it will ensure a full, quality life while he focuses on his studies. It will improve the quality of his daily food, the state of his quarters, afford him the ability to spend time with his friends in town, and help pay for school. 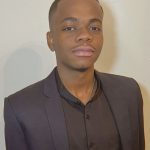 Marx is a rising junior at at New York Institute of Technology studying Mechanical Engineering with a minor in Mathematics. Besides Alpha Chi Rho, Marx is a member of the National Society of Black Engineers, American Society of Mechanical Engineers, and Phi Eta Sigma Honor Society. At the same time, he works as a student researcher and a peer tutor. In his free time, he runs and plays soccer, which he has done since he was a child. This scholarship is really important to him and his family because it will remove some of the tuition weight off of their shoulders, which helps him focus more on his studies and achieving. 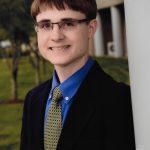 Andrew is a rising sophomore studying Computer Science at Worcester Polytechnic Institute. At WPI, he is currently the Community Service Chair for the Delta Sigma Phi Chapter and also serves as the Treasurer of WPI’s Chess Club. He also works as a peer tutor for WPI’s Academic Resources Center, helping support first-year and other undergraduate students with their coursework. He is from Shrewsbury, Massachusetts, and enjoys playing chess, watching Red Sox games, and programming applications in his free time. This upcoming year, he is looking forward to volunteering at Habitat for Humanity and other local organizations with his fellow Brothers. He would like to express his gratitude to the Alpha Chi Rho Educational Foundation for making this scholarship possible!

ROBERT B. STEWART UNDERGRADUATE MAN OF THE YEAR

The Fraternity would like to recognize all of the finalists who were nominated by their peers for this award:

All of the nominated men have made an impact in their Chapters, schools, and communities. They have made Alpha Chi Rho stronger. We are truly proud to call them Brothers. The winner of this award joins a humble but elite group of Brothers who went above and beyond what it means to be a Brother of this Fraternity.

This year’s recipient has helped teach his peers on game design and communication, represented his institution at a national conference, and has always thought outside the box on how to improve the Chapter’s GPA and academic policies.

On campus, he has been an advisor for freshman orientation for multiple years and is an active member in multiple clubs.

Within the community, he has taught Taekwondo to the campus and local community at no cost, volunteered at local sports tournaments, and has helped students move out of their dorms for multiple years.

Finally, this Brother has led the Chapter through difficult times and stressful situations during his presidency. Throughout the pandemic, and the restrictions and adaptations that came with it, this individual was respectful of all opinions, level-headed, and optimistic. 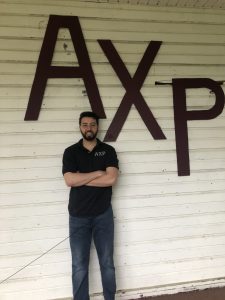 Giovanni is from Springfield, MA and is currently a senior at Rensselaer Polytechnic Institute in New York, earning a dual degree in Game Simulations Arts & Sciences and Communication with a minor in Video, Performance, and Social Practice. He also works part time as a sales executive at Bob’s Discount Furniture. Giovanni strives for excellence in everything he does, and approaches every role with his full focus and ability. While his game designs, home movies, and sales take up much of his time, Giovanni has an unwavering loyalty towards building the Delta Phi Chapter and creating a productive place to foster upstanding men of word and deed. He has made it a prime focus that each and every Brother experiences the strong brotherhood that Alpha Chi Rho cultivates, creating an environment where each Brother is valuable and understands the legacy they have in the Chapter and society. Giovanni likes making people smile, watching anime, playing competitive games, giving back to the community and those in need, and spending time with his Brothers. Out of college, he wants to enter the world of enterprise sales hoping to earn and save enough money to open his own entertainment company one day. He firmly believes that you cannot be the best by giving up.